Insights into a Cuban system of “Travel Repression” 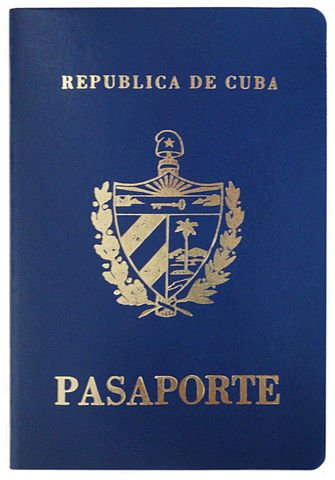 Although the Cuban system of repression against human rights defenders seems to be routinely modified, it follows a well-defined strategy to prohibit travel abroad for certain dissidents. As part of this plan, they routinely execute the following actions:

Rocker musician and Cuban dissident Gorki Avila was a victim of the governments encroachment when he appeared before the municipal court in Marianao, wrongly accused of drug abuse. That way, the government justified the imposition of a prison sentence against someone who didn’t commit any crime.

Likewise, Manuel Cuesta Morúa, considered one of the most important leaders of the pro-democracy movement in Cuba, was recently charge with “spreading false news against international peace”. Cuesta Morúa wanted to warn the public that there is a significant part of the Cuban civil society with different views about the government in Cuba. To this end, he organized an alternative forum to the CELAC summit. This forum was interpreted by the government as a challenge to their supreme power, and on January 26, 2014 days before the Summit, they apprehended him. After four days of confinement in a police station, they released him with the charge of “spreading false news against international peace.” Thus, the regime imposed an injunction pending trial on a baseless accusation, which violates the rights of association and movement established under the Universal Declaration of Human Rights. As a result, Cuesta Morúa is now unable to travel neither within nor outside of the country.

Another example is seen in the case of Jorge Luis García Pérez “Antúnez”, who was arrested this Sunday, June 15th, for the action of trying to assist an intoxicated person lying in the middle of the street. For simply noting that the police pursued him relentlessly while there there was never anyone seemingly available to help people in the streets, Antúnez was accused of public disorder and placed on a preemptive measure of house arrest until his trial was held.

Finally, we have the example of pastors Mariot Félix Lleonart and his wife Yoaxis Marcheco, from whom the police confiscated two laptops and a 32-gigabyte flash drive. The state justified their actions by linking the seized laptops with the theft of computers of the same brand that had occurred days before in the town of Villa Clara. However, Lleonart believes that the real cause of their advance was to interfere with a church-related trip they planned for July 9th, for which they had already purchased tickets.

When presented with this situation, it is clear that the Cuban government is exploiting false accusations to apply precautionary measures to dissidents to preclude actions that they consider dangerous to their status quo. It would be no surprise if, in the future, well-known dissidents such as Berta Soler, Yoani Sánchez, José Daniel Ferrer, Guillermo “Coco” Fariñas, Elizardo Sanchez, or Dagoberto Valdez, among others, become targets to these kinds of  repressive tactics by the Cuban regime.