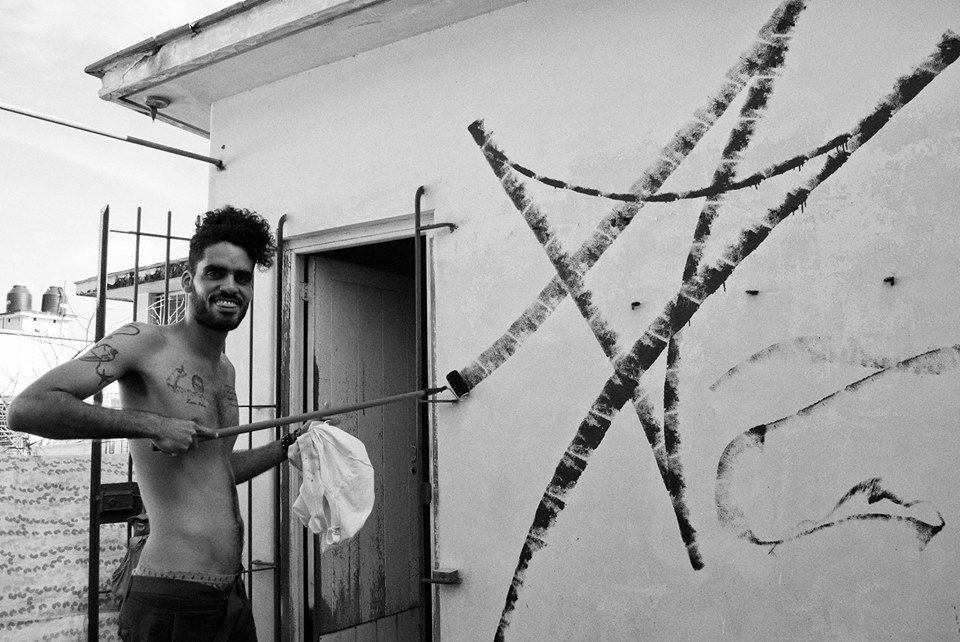 According to a report from Diario de Cuba, graffiti artist, Danilo Maldonado Machado, has been arrested. Also known as El Sexto, the artist has been held behind bars since the 4th of July without any form of the communication. According to activists on the island, the government scheduled his trial to begin Thursday morning.

In a recent Tweet, activist Ailer Gonazlez Mena reported that El Sexto was being held at the penal center, Vivac el Calabazar, near La Habana. According to Gonzalez Mena, he has received confirmation of Machado’s whereabouts from the police. He also asserted that the government’s allegations against El Sexto are largely unfounded. Likewise, he warned that Machado could receive the same treatment as writer Angel Santiesteban, who was convicted and spent five years in prison.

Writer and photographer Orlando Luis Pardo Lazo, reported via Facebook that El Sexto’s mother and sister “have tried to visit him, but the police have not allowed them to.” OLPL also revealed that the government might have targeted El Sexto as an act of reprisal, and that he may have declared a hunger strike leading up to his arrest. According to OLPL, the artist has been denied access to everyday hygienic items such as soap, toothpaste, a towel, and a toothbrush. He also added that, for all intents and purposes, Maldonado has “disappeared.” With regard to the government’s announcement of the trial, Lazo has speculated that it “could be another of the G-2’s lies intended to buy time for the regime.” It has also been reported that Maldonado’s ex-wife was co-opted by the Cuban political police into working against her former husband. This is not the first time El Sexto has been arrested, and many feel that this is yet another of the government’s attempts to squelch counterrevolutionary sentiment and remove another activist from the streets.