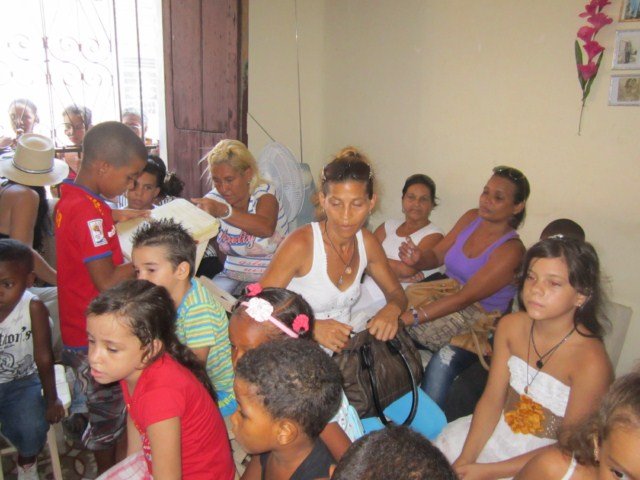 According to reports from Hablemos Press and the article in Diario de Cuba:

“An eight year old student will be required to repeat the second grade for being the daughter of a Lady in White, denounced the independent news agency Hablemos Press.”

The article continues “Yanisleidis Revé Olivier has suffered from a lack of teachers in first and second grade, like other students of Manuel Piti Fajardo Elementary School,” according her mother, Damaris Rodriguez Revé, a member of the Ladies in White.

“Rodriguez Revé was cited in the Municipal Directorate of Education in Marianao, which informed her of her child having to repeat the grade.”

‘When I arrived, I was met by Taimi, Head of the elementary schools in that municipality, and three others representing provincial education. And to my surprise, Amir and Yan were also present, agents of the Department of State Security, who repress me,” according to the report by Rodriguez Revé.

“The committee was informed that her daughter would have to repeat the second grade because she did not surpass the ‘necessary objectives.'”

According to the mother’s protest, she “asked how it is possible that out of a group of twenty children, all not having ‘surpassed the necessary objectives’ due to the lack of teachers, that my daughter is the only one unapproved?'”

An agent of the State Security replied, according to her testimony: “If you were not a Lady in White, your daughter would not have had her year disapproved.”