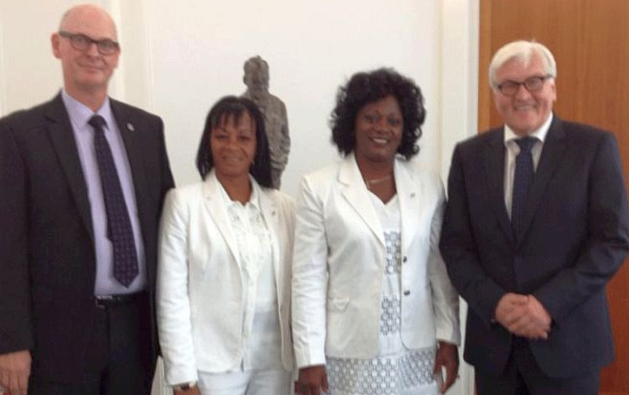 This past Friday, Ladies in White Leader Berta Soler along with member Yaquelin Boni spoke with German Foreign Minister, Frank-Walter Steinmeier at the Federal Office for Foreign Relations in Berlin.

According to Martí News, “the meeting, facilitated by the International Society for Human Rights (ISHR) served the opposition leader” as a platform “to expose the human rights situation on the island, especially with regards to the government of Raul Castro.”

The encounter with Steinmeier is a “signal to members of the European Union (EU) to reconsider relations with Cuba” and allowed the German minister to “amplify his vision on the real situation in Cuba” according to a statement released by the human rights association.

The spokesman for the International Human Rights Society of Germany (ISHR), Martin Lessenthin, was also in attendance.

Berta Soler was able to confirm that “the meeting with the German minister served to detail the human rights situation in Cuba, the claims of Cuban civil society, and to petition the government of Germany that, when traveling to Havana or having a dialogue with the Cuban government, they also takes into account the opposition.”