Joint declaration by powerful Chambers of Commerce brings hope for future of Democracy & economic development in the Americas. 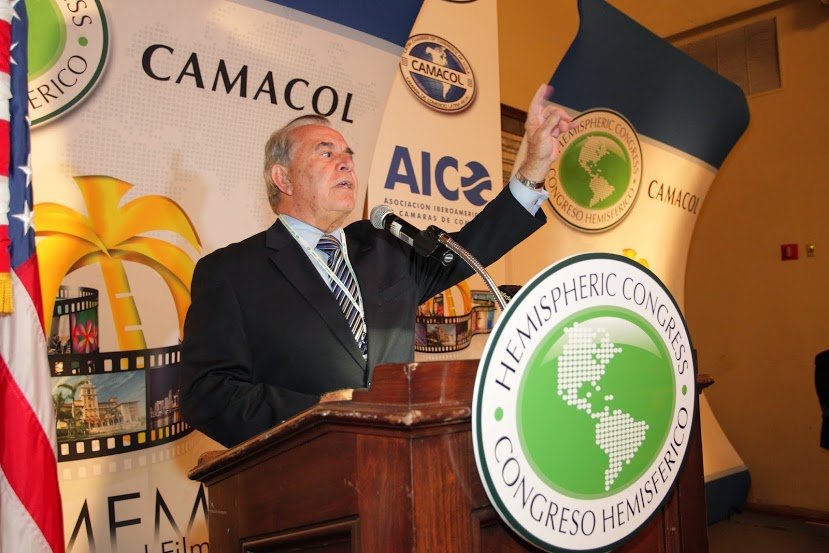 Upon concluding its 35th annual Hemispheric Congress earlier this month, CAMACOL the Latin Chamber of Commerce of the United States, alongside AICO, the Ibero American Chambers of Commerce Association, issued a joint declaration defending the importance of democracy in the region as a driving force for economic development and prosperity. Below is the full declaration:

DECLARATION OF THE 35th PERMANENT SECRETARIAT

During the last two hundred years, after the consolidation of the beginning of freedom, understanding for such political freedom, freedom of religion, ideological freedom and all it encompasses in us like economic freedom, we have been presently wondering at the biggest economic and social development of humanity. The separation of powers, the market economy, the respect to private property and the leading role of the managerial private sectors have all been the keys of this success.

After finalizing our deliberations, assembled in Miami,

1. Our compromise with the strengthening of a democratic system of government and state organization.

2. The entire validity of private enterprise deprived as the principal generator of wealth and jobs.

3. The need to deepen even more the liberty of commerce fulfilling established agreements, the effective laws, and the numerous unfulfilled declarations.

4. We propitiate that governments face the legislation to encourage the development of the managerial initiatives and does not commit the frequent error of creating excessive laws and regulations that cause an increase of unemployment with consistent population impoverishment.

5. We propitiate in that governments guide legislation to foment the development of entrepreneurial initiatives and do not commit the frequent mistake creating excessive laws and regulations that cause an increase of unemployment with consequence of population impoverishment.

6. We reiterate our compromise in which the entrepreneurial action generates equal opportunities as the base of social welfare.

In the city of Coral Gables, Florida, on the fifth day of June, 2014

You can read or download this report by clicking here.