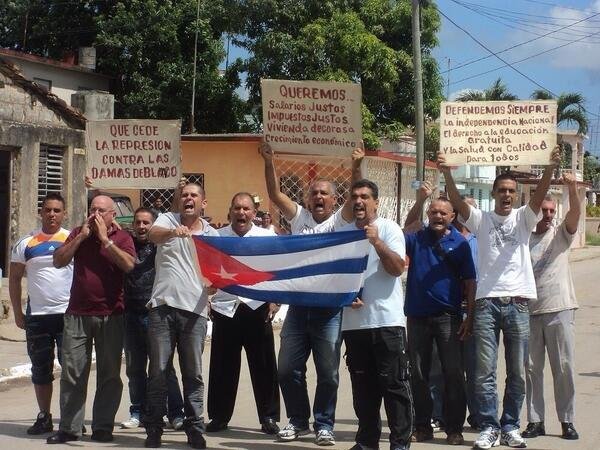 More than 50 members of Cuba’s Patriotic Union (UNPACU) showed up outside of the provincial court of Santiago de Cuba today where a hearing will take place against 10 members of the organization, most of them in prison for a year and a half.

The political police has deployed dozens of special forces to threaten repression against activists who insist on entering the court room where the trial will take place, which is supposedly “open to the public.” Some arrests have been reported.

Meanwhile, four UNPACU coordinators continue being detained in the City of Palma Soriano.

Also, awaiting trial this month are two members of UNPACU’s Granma chapter including Ángel Yunier Remon Arzuaga and Alexander Otero Rodríguez. They have spent more than a year in prison and are in very difficult conditions. Yunier Angel has gone more than eight months without family visits and is physically beaten every month in order to “shave him by force” according to a member of UNPACU.