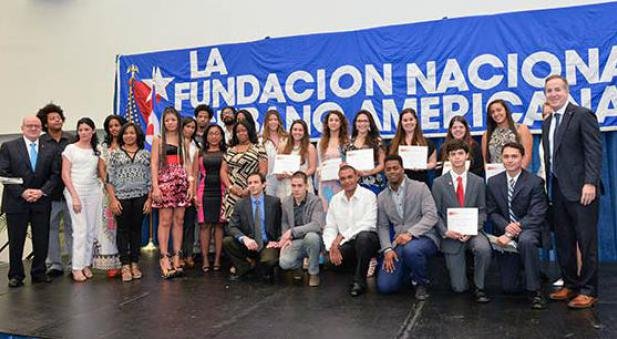 According to the El Nuevo Herald article published earlier today, “members of the group of students who are currently enrolled at Miami Dade College highlighted the benefits of Somos  Un Solo Pueblo…”

One of the inaugural SUSP students, Raudel Collazo (from the Cuban rap group Patriot Squadron) said it has been a “tremendous experience.” He went on to say “I think the program has served mainly to create a new mindset. We learned a lot not only from the academic point of view, but also about living together and how to function in a society like this, so different from ours. “

In addition, the 2014 class of Mas Family Scholarship recipients, comprised of young Cuban Americans who will begin their college journeys in the fall at prestigious universities throughout the country, were recognized at the event, having the unique opportunity to interact with their Cuban counterparts from SUSP.

The goal for the future of SUSP, according to CANF Chairman Jorge Mas Santos “is to have between 80 and 100 young people each semester here in the United States.”