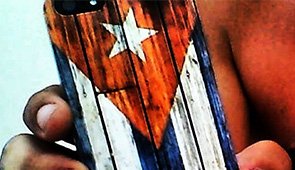 According to the recent Associated Press (AP) article US SECRETLY CREATED ‘CUBAN TWITTER’ TO STIR UNREST, the U.S. government’s “plan was to develop a bare-bones ‘Cuban Twitter,’ using cellphone text messaging to evade Cuba’s strict control of information and its stranglehold restrictions over the Internet. In a play on Twitter, it was called ZunZuneo — slang for a Cuban hummingbird’s tweet.”

UPDATE: Earlier today, The White House issued a statement: “A ‘Cuban Twitter’ communications network created by the U.S. government was a ‘development’ program and not a covert operation.”

The article also gives a glimpse into the Cuban regime’s stance on internet access: “The [Cuban] government viewed the Internet as an Achilles’ heel and controlled it accordingly. A communications minister had even referred to it as a ‘wild colt’ that ‘should be tamed.'”

According to the AP by March of 2011 “ZunZuneo had about 40,000 subscribers. To keep a lower profile, it abandoned previous hopes of reaching 200,000 and instead capped the number of subscribers at a lower number. It limited ZunZuneo’s text messages to less than one percent of the total in Cuba, so as to avoid the notice of Cuban authorities. Though one former ZunZuneo worker — who spoke on condition of anonymity because he was not authorized to speak publicly about his work — said the Cubans were catching on and had tried to block the site.”

To read the full article from the AP click here.

To learn more about the Connect Cuba campaign click here.