Cuba Internet Access is About More Than the World Wide Web 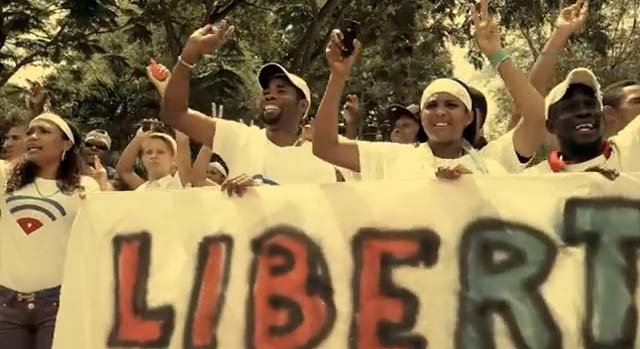 Imagine a life in which your access to information is censored. Imagine if the act of sending an email could get you thrown in prison. Imagine that simply being able to browse the web is a practically impossible and potentially dangerous activity.

This is the reality of life for the Cuban people every day.

Their government actively oppresses them by limiting their freedom of speech and association by blocking Cuba internet access. Although the equipment and infrastructure is present for the island nation to offer citizen’s internet connectivity, the people are still being kept outside of the world of the online global community.

1. It’s really all about breaking the hold of an authoritarian regime.

In 2006, power transferred from Fidel Castro to his brother, Raul. But that was about all that changed. The government under Raul has continued to hold an unwavering grip of control on the daily aspects of public life. For example, the Cuban government literally controls all media outlets in the country in an attempt to restrict the flow of free, open communication and information sharing. By keeping Cuba internet access extremely limited and imposing excessively high costs where it is available, the Castro regime has managed to maintain oppressive, iron fisted government control and continues to deny human rights to its citizens.

Demanding access to the Internet for Cubans will begin to break the hold of government on aspects of civil society that should belong to the people.

2. It’s about realizing that knowledge is power.

In a country where citizens – from their youngest years and through the decades of their life  – are shielded from any truth from the outside world and are indoctrinated with government propaganda, there is very little chance for change. In other words, because of the government’s repression of freedom of information, many Cubans do not know enough to realize that they can and should be demanding change.

This point is proven by the fact that the Cuban government acts with swift and harsh penalties for those who breach the information blockade and attempt to publish articles or blogs containing activist sentiments. Castro knows that when the Cuban people become fully aware of the human rights they deserve, they won’t put up with being oppressed any longer. And he’s willing to detain and exile anyone who attempts to make the knowledge of a better life available to Cuban people.

Through the Connect Cuba petition, we’re helping to empower Cuban citizens with human rights awareness and political education so they can rise up and demand change from within.

The bottom line is that granting Cuba internet access isn’t just about giving people the chance the browse the web or engage in social media. While those activities certainly are their right to participate in, this nonviolent struggle is about demanding that Castro’s regime respect very fundamental human rights.

Free access to the Internet will mark an historical first step in the right direction toward opening the door for complete freedom of opinion, expression and assembly.