Vendor Protest in Cuba Draws Crowd to the Streets of Holguin 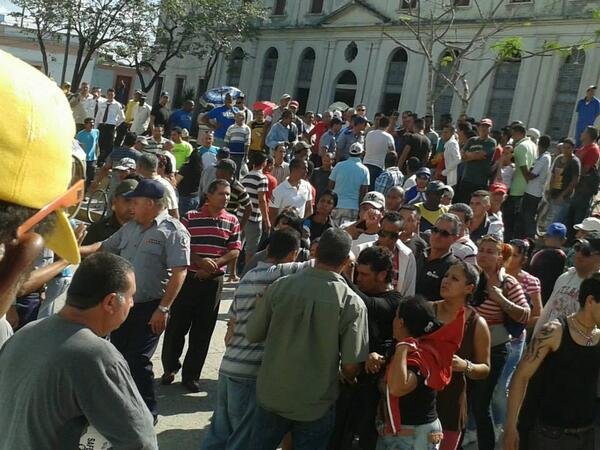 According to various reports coming out of Cuba, hundreds, if not close to one thousand Cubans in Holguin took to the streets spontaneously yesterday to protest the eviction of private vendors from the marketplace.

According to Diario de Cuba, “more than 150 police, 15 squad cars and a “paddywagon” were involved in the crackdown on protesters.

The protest apparently began after “inspectors and police evicted the Central Square in Holguin, where hundreds of workers who sold their produce “with valid documentation” were evicted on Tuesday.

Some sources claimed close to “A thousand people took to the streets in Havana against the eviction of self-employed in the town square, causing a ‘hard’ response from the police and State Security. One of the leaders of the revolt, William Reinaldo Perez Zaldivar, was taken from government headquarters in handcuffs and his whereabouts are unknown .”

For the full story from Diario de Cuba click here.

For the full audio report from CID click here.