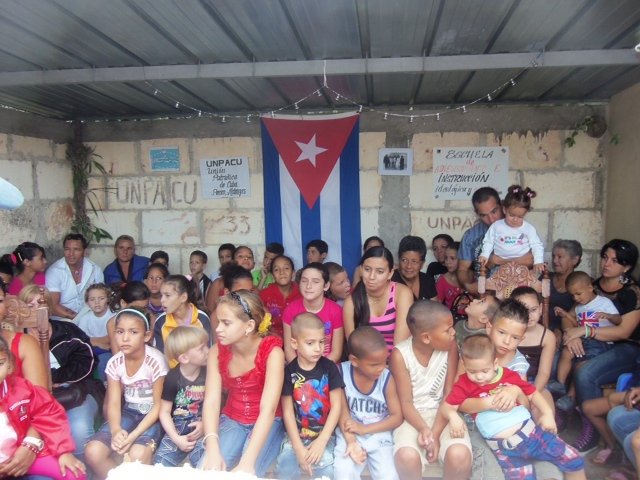 Activists celebrate “Reyes Magos” with community children despite launch of a repressive operation.

In the early morning hours of Friday January 3rd, members of Cuban State Security raided the house of Cuba’s Patriotic Union (UNPACU) leader Jose Daniel Ferrer in Palmarito de Cauto, Province of Santiago de Cuba. During the search, MININT (Ministry of the Interior) troops seized three laptop computers, multiple cell phones, cameras, $600 to $700 dollars, and toys collected by UNPACU that were to be distributed among children during the festivities of the Epiphany on January 6th. Jose Daniel Ferrer, along with other activists were arrested. Similarly, members of MININT stormed the house of Ovid Martin Castellanos, UNPACU leader in the city of Santiago de Cuba, arresting him while also seizing toys and money, in addition to a laptop computer. 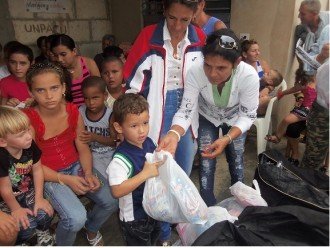 In Holguin, the home of Ladies in White representative Berta Guerrero Segura was raided. All of the toys the group had gathered for the activity of the Epiphany that was to be held today in the city of Holguin were seized by State Security. Other members of The Ladies in White who were at the home of Guerrero Segura at the time were also arrested.

Just a few minutes later Berta Soler Fernandez, leader of The Ladies in White, and her husband, former prisoner of conscience and activist Angel Moya Acosta were arrested at their residence in the Alamar district of Havana, Cuba.

Meanwhile, the phones of numerous activists in Cuba were blocked, preventing communication between themselves and with the outside world.

The Foundation for Human Rights in Cuba made an urgent call to all international human rights organizations and world public opinion to demand an immediate end to the repression, harassment and violence which are being inflicted on all nonviolent activists of Cuba’s civil society by the repressive forces of the Raul Castro regime.

ACTIVISTS CELEBRATE WITH COMMUNITY CHILDREN REGARDLESS OF REPRESSION AND INTIMIDATION TACTICS

(The following was also partly excerpted from a Miami Herald report) 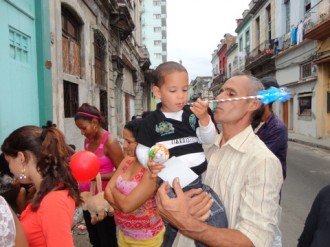 In spite of the severe repression, the Ladies in White treated 65 children to cake and candies in a Three Kings Day gathering Saturday, January 4th in Havana, supported by an emergency wire transfer from Cubans in Miami. The women managed to find some small story books for the kids, according to Berta Soler, and to buy three cakes, some candy canes and balloons. 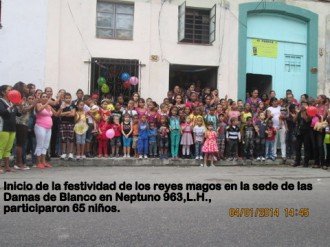 In Santa Clara, activists from FANTU UNPACU, including Guillermo “Coco” Fariñas organized a successful gathering for local children outside Coco’s house, handing out 700 presents and snacks for the community. In spite of heavy government repression this year, the act occurred with the help of a dedicated group of activists. 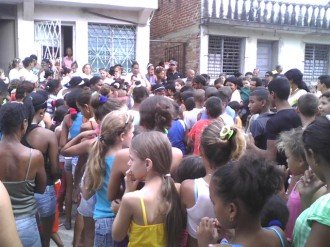 Activists from UNPACU organized a day of celebration for community children in Perico, Matanzas, Cuba. Toys and food were distributed to local children and their families. 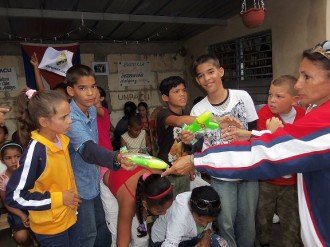 The Holguin chapter of the Ladies in White held a small gathering, offering some snacks and what they could to celebrate with local children and their families. 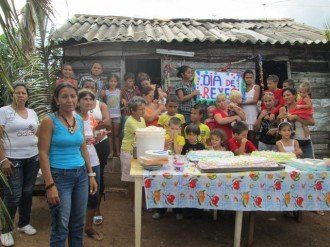 On January 12th, in Villa Clara, Cuban Pastor Mario Felix Lleonart was able to host a large gathering for community children with the help of the FHRC and a neighboring church who provided clowns for the celebration. 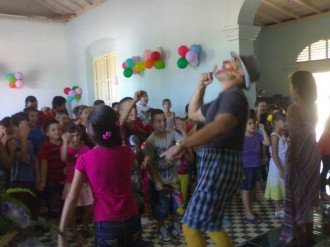 Groups from all around Cuba including activists from the Ladies in White, UNPACU, and others, were also able to host smaller scale events despite repression at the hands of the Cuban regime. 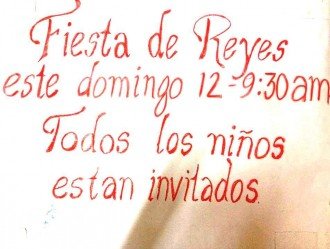