Impressions of a Tropical Night 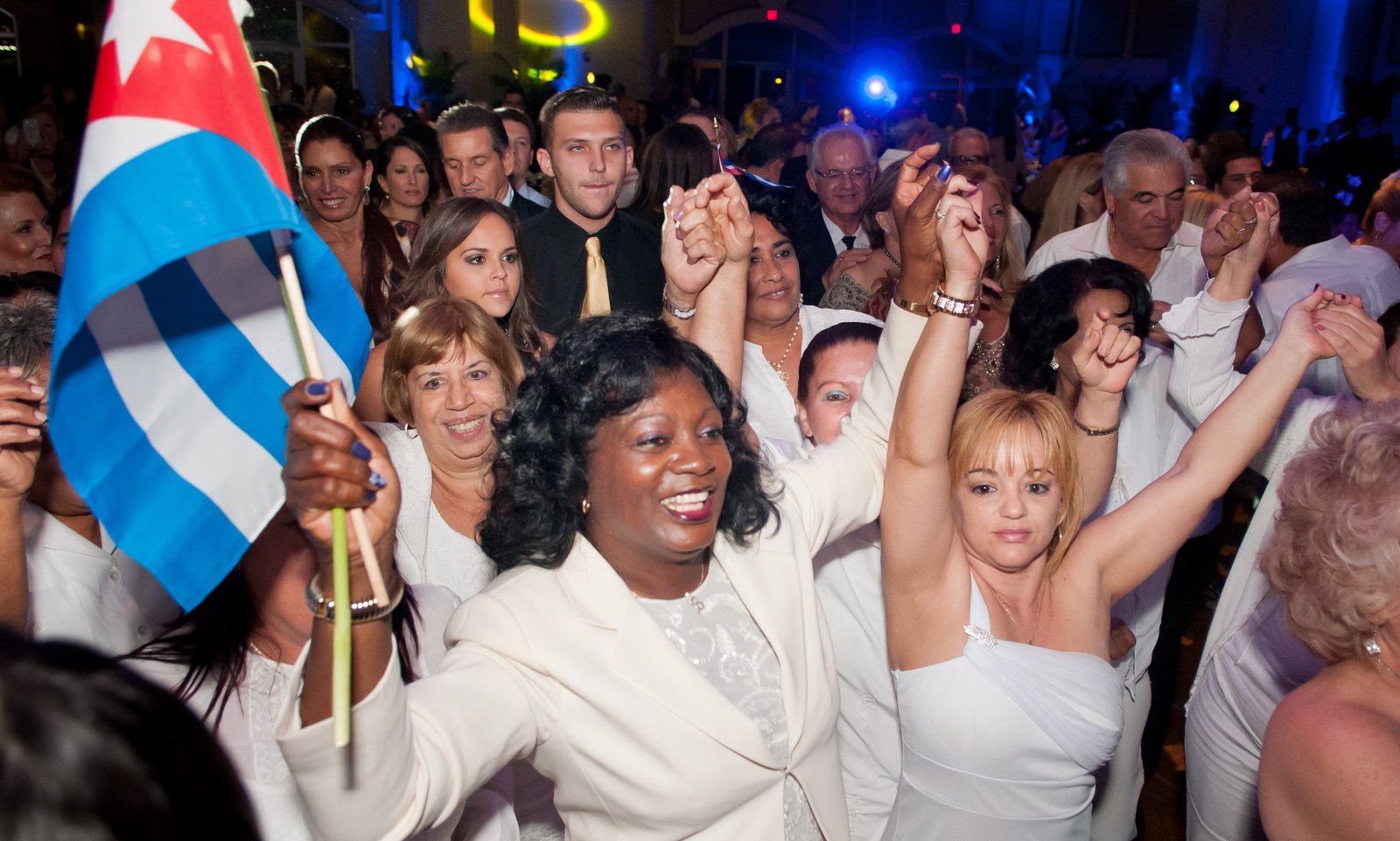 On a cool Friday evening in Miami this past November the 8th, the annual Gala for Cuban civil society, Noche Tropical, hosted by the Foundation for Human Rights in Cuba (FHRC) took place. Upon entering the Treetop Ballroom, one felt as if the steel elevator lifted guests to another place, a magical world that children imagine in their own treetop houses built on wood stained dreams.

The event featured a cast of iconic characters, lost in a sea of hugs, kisses, and mutual admiration. In the midst of the 800 or so people in attendance, there was Ladies in White leader Berta Soler, dressed in iconic white as is the custom with her group, surrounded by several gallant Damas, whose tireless work to bring human rights to the Cuban people and release all prisoners of conscience in Cuba homeland, is nothing short of miraculous. There was also Guillermo “Coco” Fariñas, spokesperson for Cuba’s Patriotic Union (UNPACU), whose many hunger strikes for freedom and human rights in Cuba almost cost him his life, and instead, garnered him a Sakharov Prize for Freedom of Thought. He was the third Cuban representative to receive the prestigious award following The Ladies in White and the late leader of Cuba’s Christian Liberation Movement (MCL) Oswaldo Paya. In addition, the affable and talented David d Omni of the activist hip-hop group OMNI Zona Franca was present, a young man whose art on both the canvas of paintbrushes and spoken words embody the culture of Alamar, a funky neighborhood just outside of Havana, bubbling with many artists like him who are still struggling for free expression. There was also the warm presence of many Cubans living outside the island; those who have prospered in a multitude of professional fields while living under conditions of democratic freedom and the rule of law. These gracious men and women, young and old, seamlessly interacted with the Cubans activists and greeted each one with reverence and respect.

[person_bio image=”https://fhrcuba.org/wp-content/uploads/2013/09/coco-farinas-225×153.jpg” name=”Guillermo “Coco” Fariñas” url=”https://fhrcuba.org/2013/09/17/coco-farinas-the-robin-hood-of-las-villas/”]Guillermo “Coco” Fariñas spokesman of UNPACU in Las Villas, has launched a series of social campaigns to demand justice for those who have been wrongfully evicted, been victims to multiple human rights violations, exposed to government caused environmental pollution, as well as a series of other abuses that the dictatorship commits daily.[/person_bio]

Among the activities that took place inside the main ballroom was an auction fundraiser to help advance democracy in Cuba, a video presentation for the Connect Cuba campaign to bring free, uncensored Internet access and information to the Cuban people. There was a video message from Grammy winner Gloria Estefan, expressing her commitment to a democratic Cuba. This moment was followed by the recognition of all Cuban activists present that evening, welcomed officially and emphatically with a standing ovation for their valiant efforts. The night culminated with an electric performance by Willy Chirino, who shared a touching anecdote about calling Coco Fariñas during one of his most perilous hunger strikes, answering Willy’s call with an emphatic “Hello Patriot!” to which Willy responded “me a Patriot? You’re the real Patriot!” This was followed by an emotional performance of a song whose words seem clearer now than at any other time since Willy first wrote the lyrics to “Nuestro Día Ya Viene Llegando.” 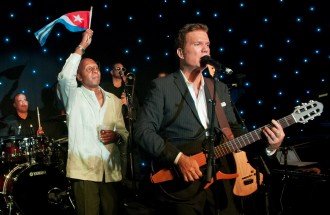 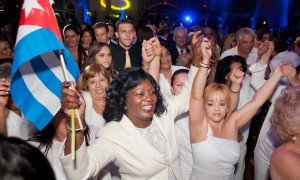 There was a common phrase echoed throughout the night that “we are one community.” It was a message that was reinforced again by Coco Fariñas. The prominent dissident leader, who announced that just a few hours before Noche Tropical, he, along with Berta Soler had the historic chance to meet the President of the United States, Barack Obama, while he was visiting Miami. Coco’s message to the President was clear: “There should be absolutely no negotiating with the Cuban government unless Cuba’s internal human rights defenders and the Cuban exile community were also present.” According to Fariñas, “we are living a historic moment where the current Cuban Regime has only three paths left to take. The first is a crackdown of at least 10,000 members of Cuba’s opposition resulting in all of the heavy political consequences and costs. Two, assassinate the country’s most active leaders and human rights defenders one by one. Or three, sit down and negotiate with the opposition. This latter case would be the best option.” Coco emphasized that the exile community must be prepared for any of the three options, and assume a consistent and resolute attitude should the top opposition leaders, including Coco himself, be assassinated by Cuban officials. He ended his message to the Cuban exile community with “God bless you for never giving-up, and God bless you for always thinking of Cuba although you find yourself in a country of prosperity. Count on us, because although we can be killed, we will not bow down. God bless Cuba with democracy.”

As guests descended from that dreamlike evening amongst the stars, inside the community tree house that brought renewed hope to the Cuban community, a lingering thought persevered, that the moment of democracy in Cuba…that it is truly coming…was never more real.