Connect Cuba campaign will send information to the island 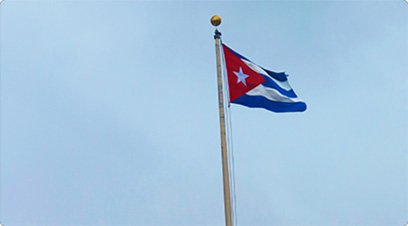 Both the Miami Herald and El Nuevo Herald recently reported on the Connect Cuba campaign. In the article by award winning journalist Juan O. Tamayo, the Herald staff writer describes Connect Cuba’s goal to to deliver ‘the Internet without the Internet’ to the island — USB drives, DVDs, CDs and other memory formats loaded with uncensored information.”

According to FHRC Board Director Tony Costa, “We want to empower the people in Cuba.”

The article highlights the United Nations recognition of access to the Web as a human right in 2011, and Facebook founder Mark Zuckerberg, who “launched a program in August, Internet.org, to bring the Internet’to the two-thirds of the world’s population that doesn’t have it.”

There is even mention of the various testimonial videos created for Connect Cuba, including Gloria Estefan and Willy Chirino, in addition to Cuban Human Rights activists such as Ladies in White leader Berta Soler and Baptist Pastor Mario Felix Lleonart Barroso.

The campaign is really starting to take shape, and the FHRC is excited to see who will be next to join the many voices who already call out to “Connect Cuba!”