The Transition Will Always Come 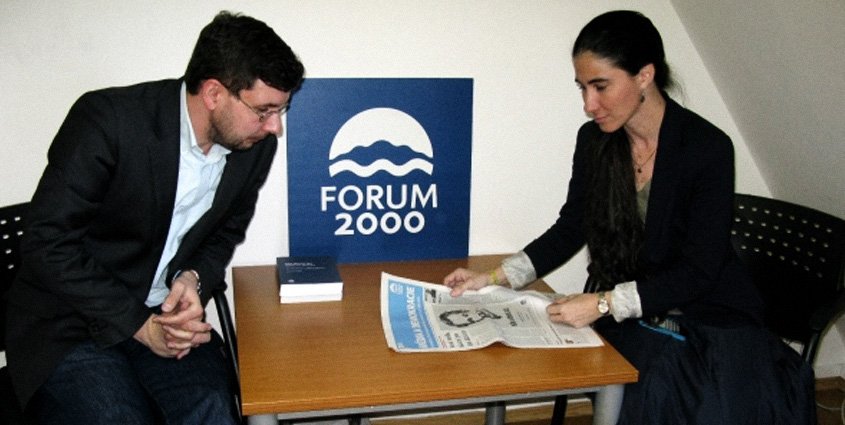 [person_bio image=”https://fhrcuba.org/wp-content/uploads/2013/04/yoani-sanchez.jpg” name=”Yoani Sánchez” url=”http://en.wikipedia.org/wiki/Yoani_S%C3%A1nchez”]Yoani María Sánchez Cordero is a Cuban blogger who has achieved international fame and multiple international awards for her critical portrayal of life in Cuba under its current government.[/person_bio]

Blogger Yoani Sánchez lamented recently in Prague that Cuba, although late to a democratic transition, will hopefully, in time, be a peaceful process based on dialogue. “Any transition based on words is much more durable than the traumatic transition based on weapons and violence.” According to Sanchez, “the search for a free horizon is an essential component of human nature.” That is why it seems so twisted and unnatural for repressive regimes to continually perpetuate tyranny onto its own people, immobilize them, and remove the desire to dream that the future will be better. In the time of Vaclav Havel, Lech Walesa and other dissidents of oppressive communist regimes, they were able to apply effective methods of non-violent struggle, organize trade unions, and utilize artistic creation as a basis for change.

“Now, technology has also come to our aid” reaffirmed the blogger. “Every time I use a mobile phone to report an arrest or write in my blog about the plight of many Cuban families, I imagine how these gadgets made of switches and display screens could have helped activists in previous decades. How far could their voices and projects have reached, had social media and all the wonders of cyberspace that now open themselves before our very eyes existed in those times?” Web 2.0 has been, without a doubt, a boost for that transitional spirit that dwells within us all. According to Sanchez “transitions can be banned, censored, treated almost as a dirty word, postponed and even demonized…but it will always come.”