The Cuba Dreamt and Desired by Cubans 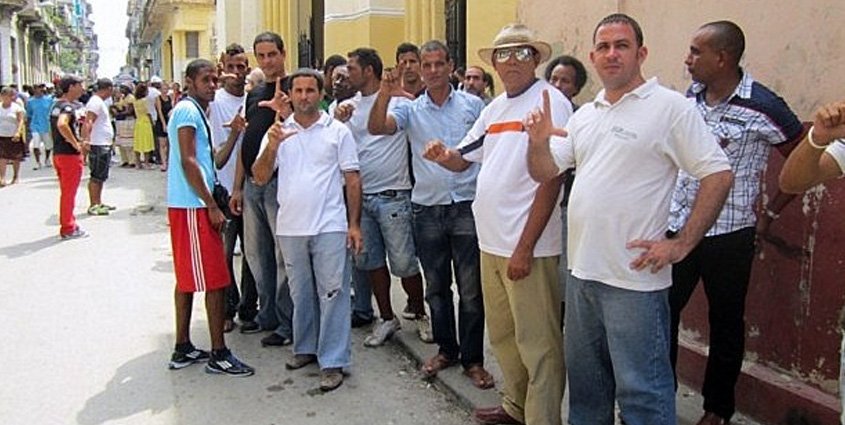 After hearing tales of Cuban government ministers for more than 54 years, it is clear that there are two distinct models that lead to two different nations. The dominant Cuban model of submission has destroyed the institutions and the productive capacity of the country as well as the ethical values of its citizens. It is a model that has produced a standard of exclusions as a result of the fear and blackmail undergone, specifically by state employees, but generally by all her people.

One can argue that state workers are political prisoners of the system. A system that distributes poverty and “equality” means everyone is kept down. A system that has only one name: “Castro Style Communism.”

However, there is another model and another Cuba, the one imagined and desired by the Cuban people.

In this Cuba, the economy is based on free markets, where individuals can start businesses and share their risk and profits.

A country where salaries provide enough to eat, dress, travel and lead a decent life.

A Cuba where citizens become owners themselves and enjoy the rights established in the Universal Declaration of Human Rights.

A democratic Cuba, where citizens can choose a president and pluralism is encouraged, as well as public debate.

A Cuba where internet access is easily accessible, open and uncensored, allowing people to enjoy the wonders of this liberating medium.

A Cuba where health and education rise to standards of excellence and national pride is built on the shoulders of the Cuban people and not dictated by a regime.

A Cuba that is inclusive, not exclusive of its citizens.

A Cuban that completely eliminates from every day rhetoric, the language of “scarcity” and “communism.”

A Cuba where one does not ask permission to get a passport and is unfairly denied the right to enter or leave his own country at will.

A Cuba of real solutions and outcomes rather than theoretical discussions and lies.

Cubans who believe in this new Cuba can tell the rulers in power with candor that “our time is not over, but just beginning…and it is you, the dictators, whose time is up.”