Introducing a New Generation of Activism 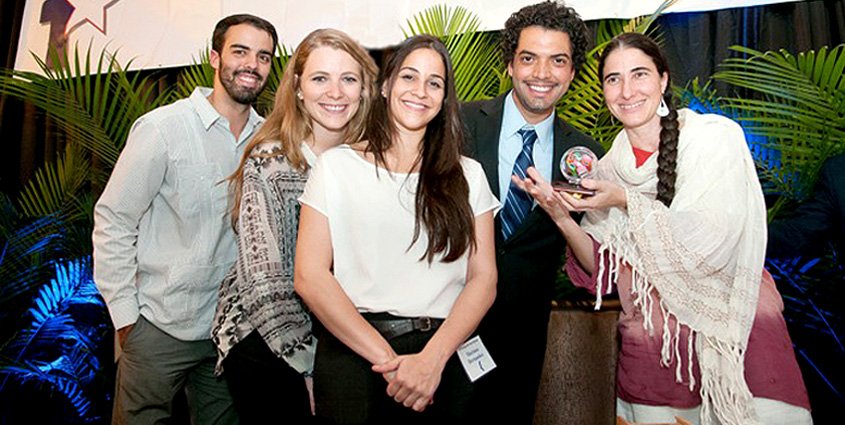 Yoani Sánchez re-invigorated a community at our recent event “An Evening with Yoani Sanchez.” The Generation Y Blogger addressed a capacity crowd of 25 Miami based organizations, including 700 Cuban exile leaders, elected officials, and community members at the Coral Gables Country Club on April 2nd. In addition to the solidarity shown from an array of émigré groups, quite notable was the significant number of younger staff, volunteers, and audience members actively participating in the night’s event.

The most significant question regarding youth participation came from Cuban American teenager Andres Smith, whose grandfather fought in the Bay of Pigs, and asked pointedly “What can the younger 2nd and 3rd generation Cuban Americans do to contribute to the cause for a free Cuba?” The answer from Ms. Sánchez was simple yet cut to the heart of the millennials’ strength, “engage with social media and technology.”

[person_bio image=”https://fhrcuba.org/wp-content/uploads/2013/04/yoani-sanchez.jpg” name=”Yoani Sánchez” url=”http://en.wikipedia.org/wiki/Yoani_S%C3%A1nchez”]Yoani María Sánchez Cordero is a Cuban blogger who has achieved international fame and multiple international awards for her critical portrayal of life in Cuba under its current government.[/person_bio]

At the conclusion of the evening, Yoani Sánchez was honored as FHRC’s Inaugural “Digital Defender.” The award was made of a clear globe, the size of a baseball, filled with USB flash drives, an instrument widely used in Cuba to spread independent news and information that is often blocked by the Cuban government. Internet access is also severely limited on the island, making it difficult for Cubans to communicate with the outside world and with each other. The award was meant to symbolize the blogger’s dedication to utilizing technology as an instrument for accelerating positive change within the Communist island nation. It also reflects Cuban’s resourcefulness in spreading information using re-writable CD’s, flash drives, and memory disks. Locals have also learned how to “Tweet” using basic sms text messages.

So for Mr. Smith and all the young people looking to contribute, it looks like technology and a little creativity in establishing communication with their counterparts on the island could go a long way in the fight for freedom and a durable democracy in Cuba.