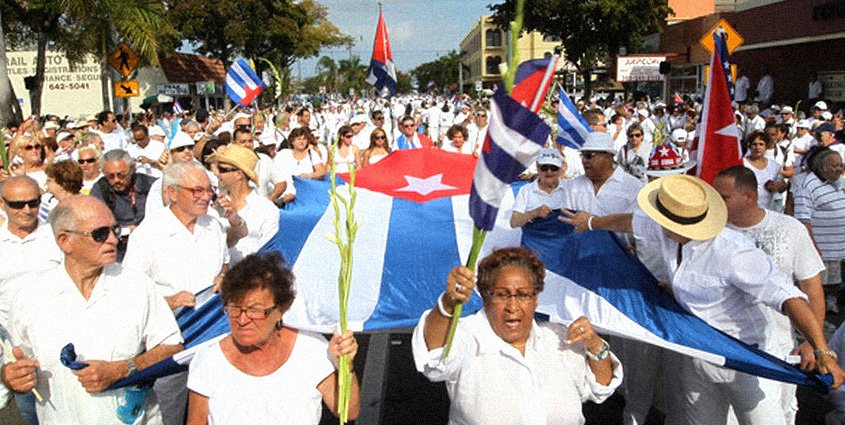 Letter Submitted by U.S. Congress Reps from both Sides of the Isle

In an impassioned letter to Nobel Peace Prize Committee Chairman, Thorbjorn Jagland, a delegation of United States Congressional Representatives submitted an official nomination request for The Ladies In White to be considered for the award.

[person_bio image=”https://fhrcuba.org/wp-content/uploads/2013/02/damas-de-blanco.jpg” name=”Damas de Blanco” url=”http://en.wikipedia.org/wiki/Ladies_in_White”] is an opposition movement in Cuba consisting of wives and other female relatives of jailed dissidents. The women protest the imprisonments by attending Mass each Sunday wearing white dresses and then silently walking through the streets dressed in white clothing.[/person_bio]

The group of bi-partisan U.S. Representatives cited The Ladies as “a leading Cuba based pro-democracy group that was formed by the wives, mothers, sisters and aunts of Cuban political prisoners to advance their cause in the call for freedom and human rights.”

They went on to mention “to this day, millions of Cubans continue to live under the oppressive Castro dictatorship. Freedom of expression, freedom of assembly, and due process of law continue to be forbidden by the communist regime.”

The letter also referred to the recent rise in abusive repression by the Cuban government. “In the last year, we have witnessed a dramatic increase in the number of arbitrary arrests, beatings, and abuse of peaceful dissident groups by the Cuban regime. In fact, just last week, over 35 members of the Ladies in White were beaten, threatened, and temporarily arrested while on their way to mass by Castro’s security forces.”

The Ladies in White was founded by Laura Pollan, who died in 2011 after becoming ill due to unrestricted beatings by Cuban State Security, as mentioned in the letter. Even after her husband was released from prison, Ms. Pollan continued the struggle for freedom stating, “I started fighting for my husband, then for the group, and now it’s for changes for the better of the country.”

The Ladies, who continue to carry on Ms. Pollan’s legacy, have received previous international recognition for their work including the Sakharov Prize for Freedom in 2005 and The Human Rights Defender Award from the U.S. State Department in 2010, among many others.

According to Nobelprize.org, the official website of The Nobel Prize, only a select few individuals are eligible to nominate a candidate for the Prize, including “Members of national assemblies and governments of states.” Nobel Laureates will be chosen in October, and awarded in December of this year. Past groups that have been honored include the United Nations (2001), Amnesty International (1977), and most recently The European Union (2012).