“The Empire”  will no longer host Cuban repressors 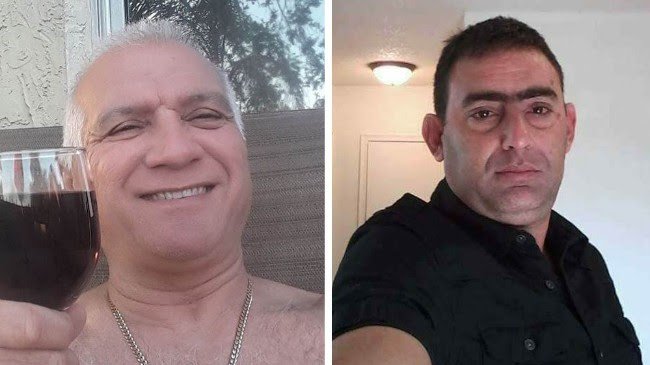 The news on the public identification of two Cuban repressors by the Foundation for Human Rights in Cuba (FHRC) were broadly  disseminated by some of the main regional Hispanic media such as Infobae and Spanish international news agencies , as well as by the local media in Florida.

The message is very clear: committing human rights violations carries a responsibility for the perpetrator that have no statute of limitations, even at the lowest echelons of the repressive machinery.

FHRC, at a press conference in Miami, announced that for some time it has been serving as an informal channel between the appropriate federal authorities and the victims who believe they recognize perpetrators living in the United States. Additionally, other individuals and institutions are cooperating very closely in this endeavor such as journalists, immigration lawyers and media, specially Radio and TV MARTI.

In order to explain the methodology that should be followed by those who wish to file a complaint through FHRC, this Foundation selected from its database the cases of two former police officers: Makbel Grau Rodríguez and Julio Francisco Orta Mateo. In the future, FHRC will not necessarily continue to publicly expose these subjects, so that the authorities may have a reasonable time to carry out their investigations without alerting these suspects.

The victims blame the above mentioned officers of abusing their authority as police or security officers to carry out unnecessary physical violence, sexual harassment, extortion, the use of lethal weapons against a helpless citizen, jailing innocents people for unlimited periods of time and other misdeeds.

It was the victims themselves of these two repressors who identified them and who complied with the necessary steps that FHRC demands in these cases such as to write any accusations and notarize them so that the accusers  become legally  responsible for their claims. FHRC is committed to reviewing whether the documents meet the legal standards.

When it comes to serious accusations involving violent violations of human rights which are validated by several people – as in the two cases cited above – it proceeds to make them available to a special federal unit made up of several agencies such as Homeland Security, ICE and the FBI. From then on the process is in the hands of the federal government’s Human Rights Violators & War Crimes Unit a branch of ICE which involves several federal law enforcement agencies.

Although human rights violations committed in Cuba cannot be judged in the USA, the courts can review the immigration record of the accused to make sure if they confessed or hid those facts in the immigration processes. Lying under these circumstances -when under oath- is a federal crime (felony) without statute of limitations and can cause, depending on the seriousness of the event, loss of visa, residence and citizenship or even imprisonment, fines and deportation.

As stated by FHRC at the press conference, this is not a witch hunt motivated by past ideological affiliations, but only relates to violent violations of human rights of which their victims have provided sworn statements. The accusers are the ones who assume the legal responsibility for the truth expressed in their sworn statements.

The main purpose of this initiative, however, is to send a deterrent message to the Cuban repressors on the island, so that they understand in time that their actions, whatever their rank in the chain of command, will have consequences and that from now on they will no longer find a comfortable hiding places in the ” U.S. Empire”.  The objective of FHRC is not to have to locate them in the future but to persuade them today to abandon, immediately, their abusive practices in Cuba.

With images and audios shown by FHRC, the victims provided  details and photographs that reveal the fascist-like rage of the two repressors who were selected as a sample of this work. The victims of Orta Mateo affirm that “he was even feared by the police themselves”,  because he was the “classic abuser, corrupt and a sexual predator cop” who “behaved with total impunity”. In the case of Grau Rodríguez, his victims say that he beaten prisoners in handcuffs while detained in the dungeons and ordered operations in which he beaten and dragged individuals, including family members,  while conducting arrests as a police officer.

Any resident or citizen of the United States who has suffered in Cuba simila violations of human rights by people whom are known to reside in the United States and have data for their location can make a specific complaint explaining, to the greatest extent possible: what happened, how did you know about the facts, what evidence or witnesses can support your complaint, what is the abuser’s name, the rank and institution (PNR, MININT, DSE, etc.) , current place of residence or employment and, if you know it, date of birth, as well as other information that may be considered helpful..

E mail the information to deporterepresores@gmail.com (FHRC) or if you prefer directly to the federal unit in charge of prosecuting war criminals and human rights violators: HRV.ICE@ice.dhs.gov