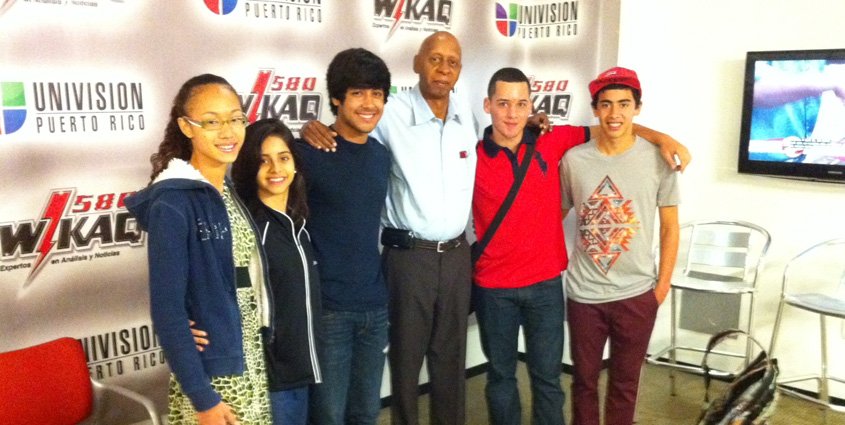 The short 60 hours that Guillermo “Coco” Fariñas spent in Puerto Rico was sobering, intense, productive, motivating and vibrant. It has been the visit that the Cuban exiles in Puerto Rico needed and expected. He was able to dialogue with individuals of different ideologies and nationalities but always with one north, “a nonviolent change of government in Cuba.”

During his visit, Guillermo Fariñas confirmed that the activists inside Cuba are not alone; that they have the moral and financial support of a mature, patriotic and committed exile community. Equally, he was able to appreciate that we continue to be one community in soul, heart and life; in essence the same people he left back in Cuba a few weeks ago. We spoke frankly, interrupted each other, and had our differences, but above all we respected each other; always understanding “that what unites us is far more important than what divides us.”

I appreciated very much that “Coco” did not come to Puerto Rico to discuss politics or him personally, his years of imprisonment and hunger strikes speak for themselves and serve as lifelong credentials. Instead, he spoke to us about his brothers and sisters in the cause and struggle, recognizing the work of each of them by name and by municipality. He explained why we should always support the patriotic agendas of “The Ladies in White,” of Yoani Sánchez, and all the activists struggling for the freedom of Cuba. He also urged us to be ever mindful of the political prisoners, who suffer some of the worst prison conditions in the world, and especially for us not to forget those who are no longer with us, both inside and outside of Cuba, who died with the hope of one day returning to a free and democratic Cuba.

Coco made us active participants of what has been achieved in Cuba by the different activist groups, through the integration of non-violent struggle for the cause of democracy, but placed more emphasis on what still needs to be done…and he exhorted us to do the same within the Cuban diaspora.

Today, I have no doubt that we will see “the light at the end of the tunnel” within a reasonable time, but audited financial support to reach our goal is imperative. To pretend that the activists can persist inside of Cuba without financial support, while unemployed, taking punches, denouncing human rights violations and / or writing against the Castro government is inhuman. We must remember the words of Jorge Más Canosa when he stated that “we must provide for the freedom of Cuba until it hurts our pocket.” Coco noted that any financial support from the diaspora to the Cuban cause has to be accompanied by verifiable results and that he is personally committed to making sure it is, as well as by making our contributions through the Foundation for Human Rights in Cuba.

And so off he went, leaving us with a taste of “solidarity” between brothers and sisters who had never before experienced it. We saw him depart, with his affable nature, steel character, and indomitable will, leaving us with the promise that he would soon return to Puerto Rico to meet with the young people of the first and second generation Cuban exile community, and that when he returns to Cuba, he will continue the struggle for social changes among the needy and oppressed Cuban people.

Thank you for your visit, hero of the Cuban nation.