Dear Tourists: It’s Time You Knew Why We Are Protesting in Cuba 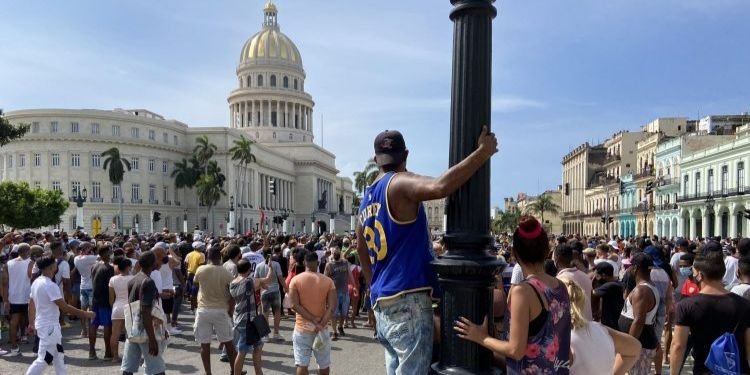 To those tourists who doubt the veracity of our demands, who question the legitimacy of the people’s protests, you really have no idea of how fed-up we are.

HAVANA, Cuba. – Yes, you, dear tourist. You who have doubts about why thousands of men and women will continue to protest in the streets of Cuba against the dictatorship and on social media, really have no clue about what it means for Cubans to survive in this country on a daily basis.

If you are among those who have come “to visit” and have the impression that you have visited paradise, then I must tell you that your disbelief comes not from doubt, but from cynicism, indifference, opportunism and complicity, because here in this island, misery –material as well as human- is palpable everywhere.

Why? Because, from the infinity-edge pools of the hotels in Havana, from the windows of your hotel room, even from the make-belief Cuban-style familiarity of an Airbnb, you have not really “enjoyed the local color”. In truth, you have been duped, or what’s worse: you had fun and reveled in our daily tragedies.

Did you know that a few yards from any site you might have visited in Havana, and due to the collapse of balconies, roofs and walls; due to the many buildings that come down so frequently they are no longer news; and because of the crumbling down of those urban ruins that “adorn” your photographs… because of all of that, every year, children, men and women die crushed under the debris? Did you ever care to find out why, in spite of living in perpetual mortal danger, families continue to live there?

The regime, and the parasites that live under its shadow, will tell you that it is due to the “blockade”. They will tell you that the U.S. economic embargo bars them from the resources with which to erect decent housing. However, after you have observed closely the well-fed bellies and the healthy rosy cheeks of every one of Cuba’s communist rulers, let me invite you to investigate a little bit about just how many hotels they have built -and continue to build- with “Cuban funds”, without need of foreign capital, as well as the number that, once inaugurated, will fill to 30% capacity year-round, and how many more remain abandoned since long before the pandemic.

This means that, if you are just slightly perceptive, you will notice quickly that something very strange has been happening in our economy. You could affirm, then, that for each hotel room that is built, another 10 family homes are added to the inventory of uninhabitable houses for reasons specified as “in danger of collapse”.

Also, it would be an interesting exercise to take the math a little further to compare the deteriorated hotel-room inventory against the real capacity of available lodging for tourists.

You could find out –because you have much more access to Internet than your average Cuban, and more free time without worrying about how you will feed your family – about the evident disproportion between a ration of food that a Cuban individual might be able to eat after fighting like a starving dog on a food line, and the food served to a foreigner at the least lavish buffet table of the lowliest hotel.

I can assure you that your notion about “eating” has nothing to do with our reality, and not because our culinary culture differs from yours, or because our idiosyncrasies are different, but, because of political perversity inasmuch as personal wellbeing and prosperity are used as tools of social control.

As such, while food and additional amenities were “assigned” to government leaders and their families throughout these 62 years of dictatorship becoming habitual and charged to the public treasury, so has supplying the markets where we Cubans buy without privileges or remittances from abroad, dwindled.

The “endemism” of our national hunger has been further encouraged by dozens of state companies that import food and supplies while being run by indolent and corrupt administrators; our agriculture and cattle industries are mired in chaos, in addition to the countless obstacles with which the Communist Party hinders individual initiatives. Let me give you a few examples.

To profit, personally or collectively, from an abandoned plot of land requires a thousand permits from a gang of bureaucrats. Relative to what they earn, and taking into consideration the guarantees provided by law, an old lady who sells homemade food and snacks from her home or at the local street corner, pays more taxes and is more harassed by state inspectors than is the foreign entrepreneur whose hotel consumes, in a single day, the entire supply of water, gas and electricity for a small municipality like Old Havana. Going fishing on a rowboat, without a permit, is almost a matter of “national security”.

And, since I mentioned “sailing”, something that would be a normal activity in any Caribbean island, let me assure you that, from aboard the cruise ship on which you travelled here, or from the yacht where you sunbathed and sipped mojitos, you did not enjoy the view of virgin beaches or keys. You barely saw the desolation of a country laden with prohibitions against us who were born here and live here, relying on a monthly salary that covers one’s livelihood only for a couple of days.

If truth be told, because your pockets were full of US dollars, you enjoyed “privileges” that are forbidden to the average Cuban. For, you see, the average Cuban is considered a second-class citizen, whom the Communist regime forbids from boarding a vessel that will take him or her beyond a mere Kilometer from the coastline, because at the point beyond one Kilometer, a Cuban is no longer a citizen, but a deserter, as if the country were an army barrack and we Cubans were slaves on a plantation.

(We don’t classify as slaves only because our wages are low and below the established level of poverty in the world –we cannot even consider ourselves as living at the poverty level- or because we are paid in worthless currency that has no purchasing power).

You who cast doubts on our demands, on the legitimacy of the people’s protests, have no idea of how fed-up we are, of the magnitude of our accumulated exhaustion and frustrations, of how, in older Cubans, after decades of fear and hopelessness, this has mutated into apathy. But not so with younger men and women who mostly are free from fear and silly ideological commitments. They have become explosively irate, and have rebelled.

If my brief explanation were not sufficient for you to understand what is happening, then I invite you to return, but not as a tourist, not with dollars or euros in your pocket. Return with no intention of complaining loudly if you are disappointed, because to complain –to protest-  publicly in Cuba, for whatever reason, is a crime for which one pays dearly with ostracism and even prison. But you don’t have to believe me. You can corroborate it for yourself. Come back with empty pockets, empty like ours whether we be physicians, engineers, writers or workers.

Come with only the enthusiasm you profess for communism from your capitalist society, with your admiration for “Che” and Fidel from a distance and not from your own experience. Come back only with your slogans, look for a job, any job you please, and then make an attempt to buy or rent a house – what am I saying, “a house”! – a room at the verge of collapse is more like it. And do tell me if you are able to accomplish that. Try, with your hard-earned income, to feed your family and provide then with the other material and spiritual amenities that are basic for human welfare. Do it. I assure you that your doubts, as well as your faith in our “tropical communism”, will vanish. 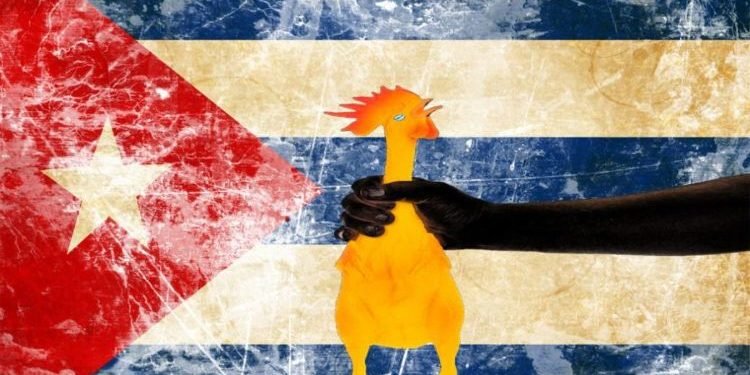 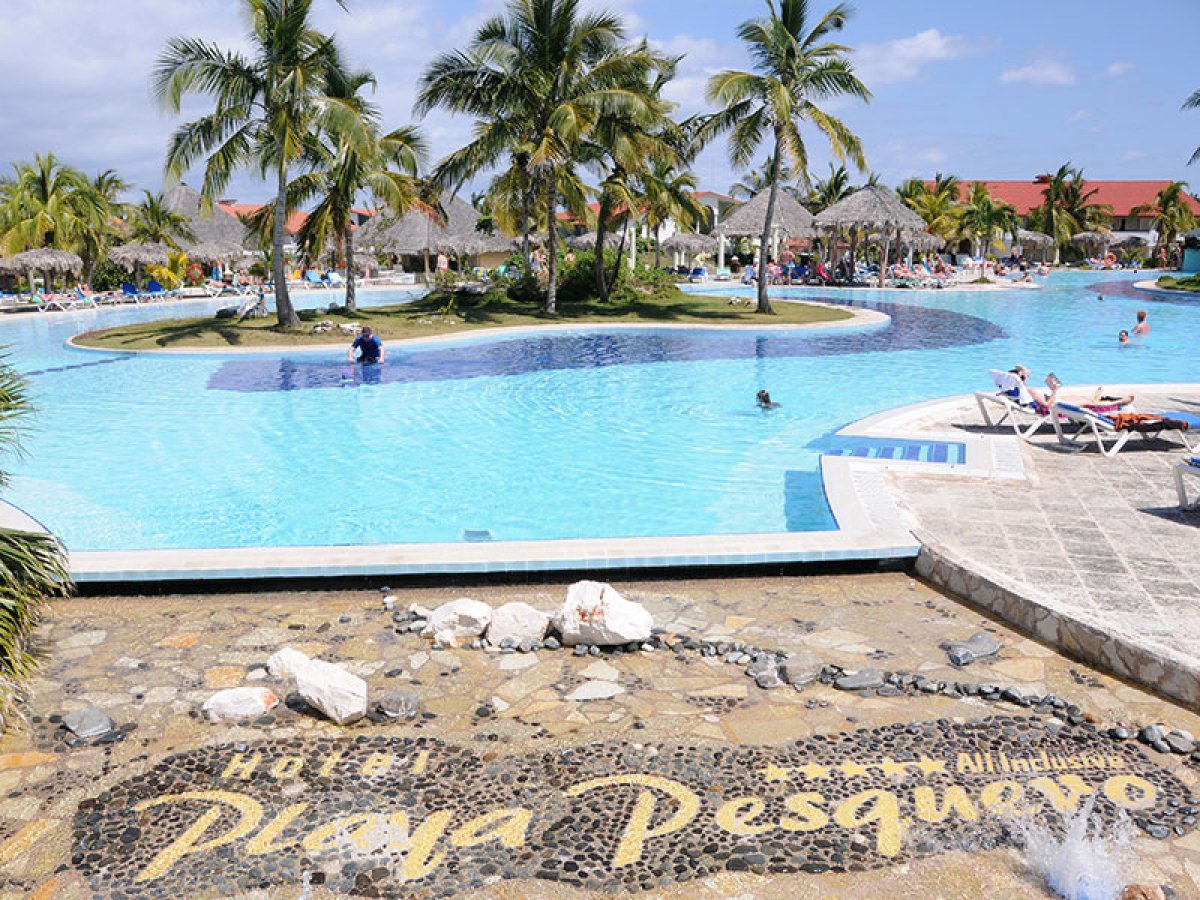 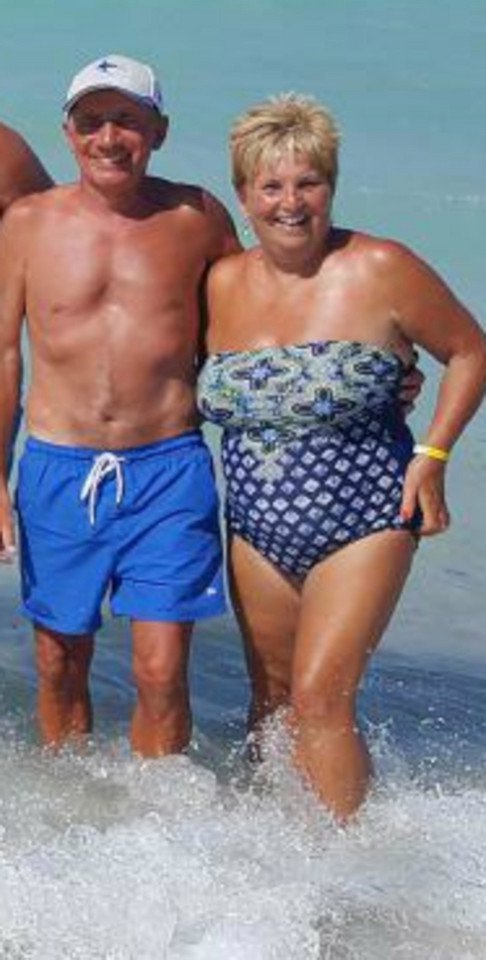 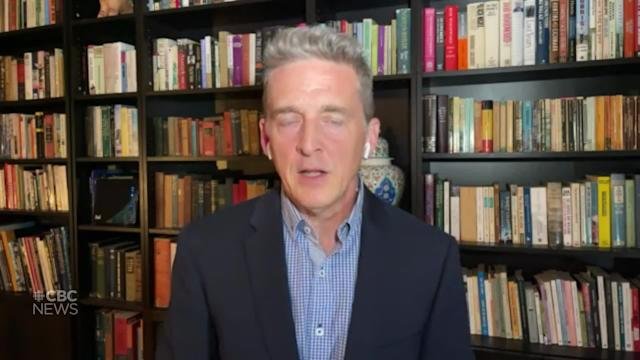